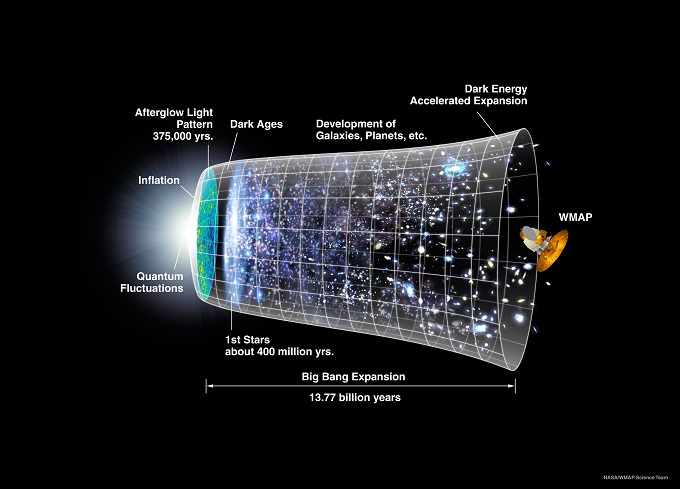 I’m no quantum physicist byany stretch but I think its fair to say that now the Higgs field aka Higgs particle has finally been proven to really exist, I think it will lead to the discovery of what dark matter is actually made of. That is a an even deeper mystery because 70% of our whole universe is made up for dark matter but we don’t even know what this stuff is or what its made of. Dark matter and the Higgs make up the actual fabric of space and time itself!

Here’s why the Higgs and dark matter must be closely connected… basically particles that make up atoms have absolutely no mass just pure energy and they only generate their mass from the movement through a sea of Higgs particles. Its like friction created from this movement doesn’t create heat at the particulate level but instead it creates mass which then creates gravitons that hold the atoms together just like gravitons hold us on the Earth and the Earth around the Sun and the Galaxies around the super-massive black holes but dark matter much like Higgs also has energy properties and occupies all the empty space in between the cosmos. Maybe dark matter is made up of a whole series of Higgs-like particles. In the future we will be able to use this technology to manipulate space, time and energy in ways we never thought possible. Like an underlying foundation of our universe that we never even knew existed!

Now I think its official, I must be a complete nerd for posting this on my SEO blog but its exciting stuff and at least I put it in My Rants section.