The Future of Liberty in a Modern World 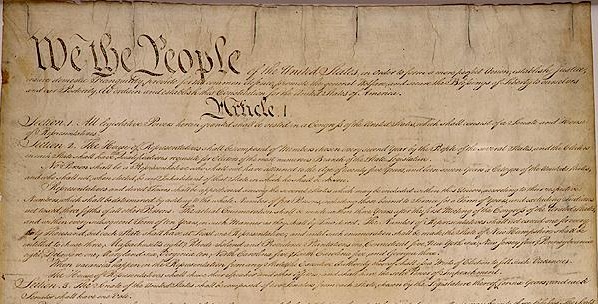 The state of being free within society from oppressive restrictions imposed by authority on one’s way of life.
An instance of this; a right or privilege, esp. a statutory one.

Most of you already know what liberty is but just for clarity of understanding my point, I’ll say that the golden rule of liberty is that it protects rights that all human beings should be born with, but the catch is that these rights of liberty should never obstruct the rights of others. What does this mean?

This code of liberty should be universal and every human should learn these manors in modern day society if we are to all get along as Rodney put it. As the global population grows, the world gets smaller and resources will become more scarce. This means some of our freedoms may become hindrances to others. Unless you think the world is going to end this December 21st, 2012, you might as well start thinking about how our liberties will be affected in the future. Which, in the scheme of things, could be tens of thousands of years all the way to 6 billion more years (enough time for dinosaurs or humans to evolve and become extinct 60 more times). I’m the most anti-regulation, anti-government kinda guy you’ll ever meet, I even got an Anarchy tattoo on my left ankle when I was 13 just to let people know I thought the government was unfair but If we are to survive and thrive in this world over the upcoming millennia, we must take extra precautions to not break this golden rule of Liberty.

How Does This Apply in the Modern World?

If you live in a modern-day, developing country that is overpopulated like India, China, Philippines or Indonesia and you decide to have ten children, then you will surely contribute to the suffering of others. In this situation, the right to have more children than you can support must be limited or it could lead to massive genocide. I have lived in India and the Philippines since 2006 and have visited China on several occasions. They are reaching maximum capacity and cannot sustain their rate of growth. Can you think of any other freedoms that we might have to loose as our world becomes smaller? Also feel free to list some freedoms that we should never sacrifice no matter what.