Why You Shouldn’t Be Everywhere on the Web 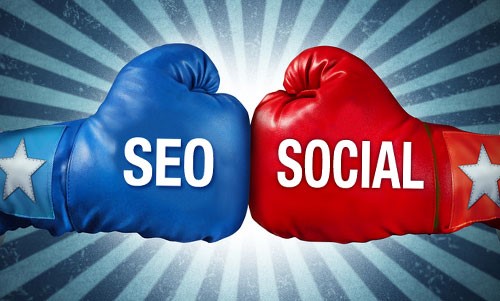 The debate between whether SEO or social media is more important in marketing an online service has waged for years, but the case has now been closed by default: very soon, they’ll be one and the same.

With Google increasingly factoring in social media activity into the very heart of its ranking algorithm, a business that refuses to play the social game is pretty much doomed to obsolescence. Even putting the traffic considerations to one side, there are many other benefits to engaging with your audience online – in a nutshell, anyone ignoring social media is doing themselves a disservice.

That said, it’s quite possible to over-do it. Over-extending yourself is just as disastrous as never participating to begin with. Regardless of whether you’re a film student at NYFA trying to get noticed or a marketing guru for a media conglomerate, you have to learn how to balance your message with your resources.

There are a lot of social media sites out there, and new ones are added every day. And while it’s tempting to try and build a presence on every one of them, that strategy simply won’t work. You might have an account on every site, but you won’t have the time to fully engage with your audience – and without reader engagement, you might as well not even try.

A media and marketing entrepreneur who everyone should be aware of is Pat Flynn. One of his most popularized concepts is that of ‘being everywhere’ – that is, hit every single channel available for maximum exposure.

At its core, the Be Everywhere idea is sound. But unlike most of his brilliant advice which is easily actionable, this one assumes you have infinite resources to execute it.

Of course, you have a finite amount of time and energy that can be invested in any activity. Within that limited time, you can either pour a lot of effort into maintaining a single account, or you can spread yourself thin over multiple platforms. If you go through multiple platforms, you run the risk of diluting your message or simply not being able to engage fully with your audience. It’s pretty simple: If you can make one post on 10 sites, you won’t engage as many people as if you can make 10 posts on one site.

People don’t like to feel like they’re being advertised to when they’re on social media. They want to feel like the brands they follow are their friends, or at least trusted sources of useful or entertaining information. With that in mind, doesn’t it make more sense to build up a rapport with your readers rather than sending out a shotgun blast of information to anyone who will listen?

How to Build a Smart Web Strategy

Your best bet is to hold down just one or two strongholds on the web. You’ll want a personal blog or website to direct customers toward, and a social media platform to cross-post content on and interact more directly with fans. To decide which social media outlets will best fit your project, consider the following:

– Which Sites Do You Really Enjoy Using?

Social media is supposed to be fun. If posting to a site feels like a chore, your lack of enthusiasm will be obvious. Choose the media platform you like the most and find ways to make the most of it rather than trying to fit in with what you’re “supposed” to be doing on the web.

– What Kind of Content are you Going to be Sharing?

If you want to be able to post long-form text or links to articles, you’ll have different needs than if you’re going to be sharing images. Don’t try to shoe-horn your way into a niche that doesn’t work for your project. If you’re a visual artist, pick a site that will let you showcase the art rather than relying on text to get your message across.

– Where is your Audience?

Although many people have multiple social media accounts, the odds are good that they primarily favor one of them over the others. The population of a site like Reddit is very different from that of Pinterest or Facebook, and if you’re trying to engage the wrong audience, you’ll just end up being frustrated.

– What’s the Call to Action?

Simply engaging with your audience is a perfectly acceptable goal, but you’ll ideally want your time spent on social media to do something more – like encourage viral marketing or increase sales. Depending on what you want your followers to do, your platform will vary.

Lastly, but certainly not least…

Without wanting to contradict any of the above points, be sure to factor in Google+ while thinking about your action plan. It may be one of the newest platforms out there and the learning curve is famously steep, but it’s quickly gaining in popularity. Perhaps more importantly, however, is that it will be hugely influential on your general search engine rankings. In fact, Moz just released a great article about the correlation between +1s and rankings and since they own the search engine, it makes perfect since.

No single strategy will be successful for every social media campaign, but being smart and choosing your battles will help you keep from getting spread too thin. If you still find that you don’t have the time to fully engage with your audience, you can always outsource some of that work. Knowing your audience and platform intimately will make it easy for you to guide your admins and moderators into keeping in line with your brand message.