Does Google Want to Disarm America? 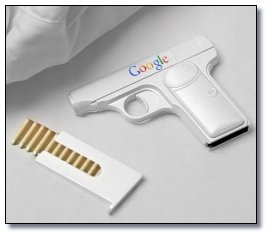 Google just posted this very disturbing article outlining Global gun trade. I don’t support what  Eisenhower referred to as the military-industrial complex or violence but I do support civilian ownership of guns. We already know what happens when you prohibit guns, then only the military and bad guys have them, leaving the civilian population unable to protect themselves from local crime, invasions or worse yet, protection from a military-state government.

Just in case anyone forgot, our 2nd Amendment to the Constitution of the United States of America provides individual right to possess a firearm, unconnected to service in a militia and to use that arm for traditionally lawful purposes, such as self-defense within the home. I don’t want to be your stereotypical American but I have many reasons for wanting to keep the 2nd Amendment intact. Being able to bare arms to protect one’s person and property is legally classified as a natural right.

In the video below they mention that 74% of all guns are civilian owned but they use examples of wars in underdeveloped countries like Africa or Mexico’s drug war to demonize guns in general. These guns are owned by governments, military, and militias which, also accounts for 90% of gun related deaths. People don’t just go around shooting each other, only governments and corrupt politicians do that. It’s a fact that people are safer with civilian gun ownership. 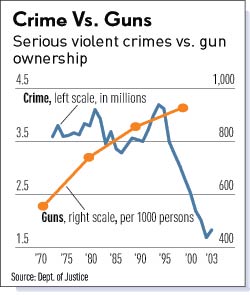 Why is Google getting involved in these politics in the first place? They have no business lobbying in global politics that concern our personal freedoms. It’s very disconcerting to see Google getting involved with this type of propaganda. I’d even go a step further to say that Google is overstepping their boundaries and committing corporatism by using their power and money to try to influence laws that will take away our basic rights.

Stand strong my fellow Americans as well as other citizens of the world because there are big plans from the UN, US, and international powers to disarm American civilians and the whole world. Heres the Official UN Disarmament Plan (PDF). You should definitely read this report on “Complete disarmament” of the American people from HangTheBankers.com.