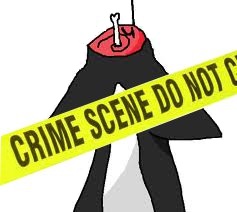 Post-Penguin Update Case Study I: Is a spammy site outranking you while your site has been moved to page 5 or 6? Think it’s a Google error? Think it’s not fair? Well, the truth is that it may not seem fair but there turns out to be very valid reasons for Google to do this. There are no ghosts in the machine nor human error, instead, this annoying Penguin update seems to be functioning just as Google intended.

In an effort to better explain the new Penguin update, I am posting the results of my first Penguin Recovery Analysis from a colleague that lost almost 90% of his traffic. Two of his sites that were affected the most were pickuplinestouseongirls.info and cutepickuplines.info both of these sites were ranked #1 in Google and were receiving over 1000 clicks per day. Now they have been all but completely removed from Google and get around 100 clicks per day.

The Diagnosis, Panda or Penguin? 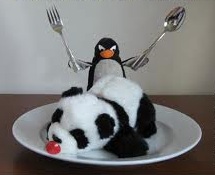 The first step was to look at the traffic stats to see if the decline in traffic correlated with the Panda 3.5 update which was released on April 19th and 20th or if the decline happened on or around the April 25th release date of the Penguin update. In his case, the traffic actually increased between April 19th and April 24th and then on the 24th, it when from over 1000 clicks per day to around 10 clicks per day. This was obviously an effect of the Penguin update, an easy case to diagnose, however, complicated cases can easily be misdiagnosed and could require looking at other metrics.

Now that all the signs point to the Penguin being the culprit, I started looking at the backlinks that are pointing to these sites. This is because the Google Penguin update only targeted webspam which boils down to off-page SEO and link building practices, while the Panda 3.5 focuses more on the on-page SEO attributes of one’s site. I first did a Google search for “pick up lines to use on girls” and found www.pickuplinesgalore.com/cheesy.html ranked number one!

Initially, I was appalled to see this spammy site outranking my colleague’s site. I did a CopyScape check and I found that most of his content was copied and even poorly spun and identified on several other sites, the code is very unfriendly to the SEs like it was coded with Microsoft Frontpage back in the mid 90s, the site has too many ads above the fold, on top of that, it had only a handful of low quality backlinks. This site should be on the 10th page of Google or just de-indexed altogether. Just like what so many people are reporting, Google Penguin failed because now spammy sites outrank mine but on further inspection of the backlinks, via my favorite Backlink Explorer Tool, I started siding with Google on this one. 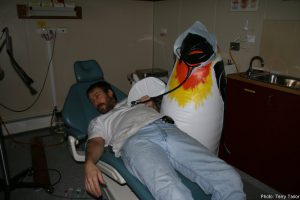 Pickuplinesgalore.com has very few links but they seem to be aged and for the most part look natural. My colleagues sites have thousands of backlinks. Unfortunately, I found many problems in his backlinks.

Unfortunately, recovering from a Penguin slap down is not easy. Sometimes the best thing to do surprisingly is absolutely nothing; Just carry on with your regular publishing and make sure you don’t participate in any link schemes. Furthermore, do not participate in any communication with Google through a reconsideration request or their meaningless Penguin feedback form. They will not reply unless manual actions were taken and instead, Google just uses the data they collect to further damn you and other SEOs.

Always wait at least 1 week for Google’s algorithms to recalibrate before taking any drastic measures but after this grace period, the algos would have set in and will not correct themselves automatically. Of course in due time you may naturally recover by doing nothing but this could take a year or more for the algorithms to reset. This only works if you have time on your side and you do not rely on a steady cash-flow to keep your business going.

Otherwise, you try these actions to correct the errors and recover from the Penguin attack:

If removing the spammy links doesn’t cause your site to bounce back then you may need to take more drastic measures to reset the algorithm or to completely re-index your site. Here are some ways you can do that:

In the end, this case study provides the opportunity to test and identify actual causes and effects of the new Penguin update. I will be posting the results of the recovery as soon as the corrections are made.