Beware of The Penguin, The Google Penguin That is

On April 24th, 2012 Google unleashed the troublesome Penguin update and posted the unofficial Penguin announcement on Google’s Webmaster Central blog before they even named it Penguin. Then Matt Cutts tweets a link where you can report Post-Penguin webspam which directs to the Official Penguin Webspam Report Form located within Google Webmaster tools. If you were negatively affected by the Panda or the Penguin update, definitely read my post on Penguin Recovery.

If You Are Innocent

If you feel you were unjustly affected by the update it just doesn’t matter because Google will never hear your argument. As an alternative to pleading with Google, you can sign the kill the Penguin petition at Change.org. In addition, Google provided this Penguin feedback form where you can state your case and you can also ask for a reconsideration request here but I STRONGLY recommend that you do not contact Google in any way as it could just put you on a flagged list along with spammers. Google has been accused of pulling similar phishing scams.

The FTC Gets Involved

The ironic thing is that this update which took out many innocent bystanders was released on the same day that the FTC escalated their case against Google and hired Beth A. Wilkinson to help prosecute the case. If you were one of those bystanders, I also suggest you file an official FTC complaint here. Former Federal Trade Commission official David Wales was quoted saying, “This shows Google that if it doesn’t give you the remedy you want, you’re going to litigate.”

What is the Penguin All About? 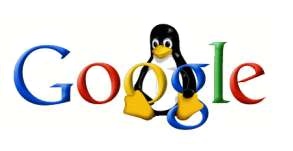 This update was originally called the Webspam Update until two days later when Matt Cutts officially renamed it Penguin. This update strictly targets off-page attributes and unnatural link building as defined in this Webmaster Guideline on Link schemes including buying links. To save you some time, I’ll go ahead and list what type of links this covers.